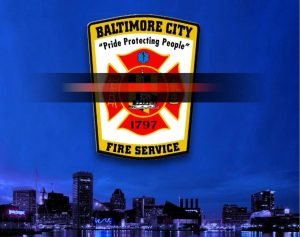 The Baltimore City Fire Department suffered an unimaginable tragedy today, the Line Of Duty Deaths of three fire fighters, plus the serious injury of a fourth member.  The four firefighters were advancing a hose line into and through a well involved three story row house in southwest Baltimore in an effort to extinguish the fire.  It was nothing that the veteran firefighters from BCFD Engine 14 and other companies hadn’t done previously, too many times to count. However, today, the firefighters encountered a partial collapse of the interior of the structure which trapped all four of them. One firefighter, FF/EMT John McMaster was rescued by other crews and transported to University of Maryland Shock Trauma Center were he is listed in serious condition. Two others, FF/Paramedic Kelsey Sadler and FF/EMT Kenny Lacayo were then removed from the collapsed dwelling and also transported to UMSTC where, despite the absolute best medical care available anywhere in the country, they were pronounced deceased. Lieutenant Paul Butrim was removed from the remnants of the dwelling this afternoon after a monumental effort by BCFD Special Operations Team members and other BCFD personnel. He was also pronounced deceased at the scene.

The Officers and Members of the Fallston Volunteer Fire and Ambulance Company are keeping not only these four amazing firefighters , but also their families, friends, co-workers, and the entire BCFD in our thoughts, prayers, and memories today and during the difficult times ahead.

As is often the case in this tight knit world of the Fire and EMS service, this tragedy hits close to home for members of the FVFAC.  Firefighter/Paramedic Kelsey (Norman) Sadler  began her firefighting career as a member of the Fallston Volunteer Fire and Ambulance Co, and as a graduate of the Harford County High School Fire/EMS Cadet Program. Kelsey joined FVFAC in 2005 while attending The Fallston High School. In her senior year she enrolled in and successfully completed the High School Fire/EMS Cadet Program. She then joined the Baltimore City Fire Department and continued to build a very successful career stationed at Engine Company 14 on Hollins Street. Kelsey was known to be a very determined young woman, and a great Firefighter. She will be greatly missed by all. 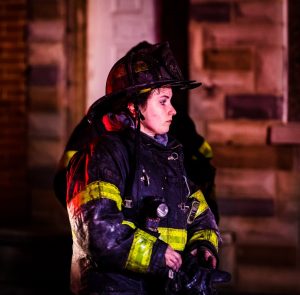 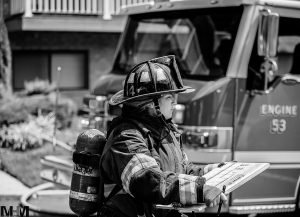 Funeral arrangements for Lt. Kelsey Sadler can be found here….

FVFAC BINGO FOR OCTOBER 2 IS CANCELLED!!! PLEASE JOIN US FOR OUR NEXT BINGO EVENT.....NOVEMBER 6, 2022. SEE OUR CALENDAR OF EVENTS AT WWW.FVFAC.ORG FOR TIMES AND DETAILS. ... See MoreSee Less

In the volunteer emergency services world, members cannot always be available for training and meetings that are tied to a rigid schedule due to their work, family, and other life activities. The Chiefs at FVFAC recognize this and now schedule various "Pop Up" training drills that provide a chance for members to attend based on the member's availability rather than the Company's previous rigid calendar.

Tonight FVFAC members.....Officers, FF's, and EMS providers... can be found at our Carrs Mill Station learning the basic principles for strategic and tactical objectives related to structural basement fires, which are some the more challenging structural fires we respond to.

It is with deep sorrow that The Fallston Volunteer Fire and Ambulance Company, Inc. share the loss of active member John “Tom” Weigle.

Tom has been an active member of FVFAC since 2012 and has volunteered as an EMT, EMS driver, and Coordinator of our Fire Safety Children's Birthday Parties. His impact of spreading joy to a child on their birthday was insurmountable. Tom has also been one of our primary photographers documenting training, public safety events, Santa and his elves, and the daily activities of FVFAC members. He was most recently an active member of FVFAC Fire Police, who are an essential part of our department. Prior to joining the FVFAC Tom served with honor and distinction for 31 years with the Baltimore County Police Department

A request from the Weigle family....Tom's favorite color was orange. If you are attending the viewing and/or services for Tom please feel free to express your support for them by wearing an orange accessory or apparel....

In lieu of flowers, memorial donations may be made to Tunnel to Towers Foundation (t2t.org) and/or Fallston Volunteer Fire and Ambulance Company (fvfac.org/donations).

Our condolences go out to the Weigle family, the community that knew Tom, and our FVFAC family. ... See MoreSee Less

God rest is giving soul. Prayers for family and friends.

This breaks my heart he was incredible when we did my sons birthday party! Sending love to the department and his family

Tom lived down the street from us, and we saw him walking his dogs each morning at the bus stop. We had our son’s 4th birthday party at the station, and he was so great with the kids. We are very sorry to hear of his passing.

Sorry for The Fallston community’s loss.

I’m so sorry to hear this. Tom hosted my son’s birthday party last May and he made sure everyone , especially the birthday boy, had a great time.

I had the pleasure helping Tom with many Bday parties and other events in the past. Tom was one of the kindest people I have known. He really had a knack bringing smiles to children during there birthday parties. He is going to be truly issued. Rest easy Tom!!

So sorry for you loss. Prayers

So sorry to hear

Condolences to his Fie Department Family, FVAC and his close family

Another good guy gone…Rest In Peace…

He was such a great neighbor. I enjoyed our morning talks with our dogs. Prayers for his family and friends.

Many thoughts and 🙏’s for his family and the members of FVFAC.

Such a kind and wonderful person! So sorry for everyone’s loss!

Thoughts, and prayers to his family and friends.

I worked with Tom for my son’s 4th birthday party years ago. He was such a nice man, wonderful with the kids and it showed that he loved what he was doing. My condolences to his family and to FVFAC.

Looking for an exciting career......?????Interested in becoming a Deputy State Fire Marshal? Want to join our team? We have added three additional orientations, all will be in person! In order to be eligible to apply for a position, you must attend at least one of these orientations. Register for one today by clicking on the link below. Share with all of your friends and colleagues!
mdosfm.wixsite.com/blog/orientation-information ... See MoreSee Less