The ban coincides with warmer weather when there is potential for poor air quality and drought. During hot, dry weather periods, Maryland's forests and meadows are vulnerable to fires. These weather conditions can also cause poor air quality, especially for high concentrations of ozone pollution. To reduce the risk of fires and bad air episodes, the open burning ban will be imposed through September 1. The MDE ban is in effect in the following counties: Anne Arundel, Baltimore, Calvert, Carroll, Cecil, Frederick, Harford, Howard, Montgomery and Prince George's.

The ban restricts the open burning of leaves, yard debris, and trash to prevent smoke and emissions of volatile organic compounds, which can contribute to ozone formation. The local fire departments where the MDE ban is imposed see the benefits of the ban in preventing wild land fires.

The MDE ban does not apply to the outdoor cooking of food or to recreational campfires. However, the Maryland Forest Service or Department of Natural Resources may impose separate bans for open burning at parks and other woodlands if conditions necessitate a ban to protect woodlands. Preventing forest fires also protects air quality as smoke from wildfires contains fine particle matter with numerous chemicals and compound groups that can enter the lungs and pose a threat to human health.

The Maryland Department of the Environment is considering a proposal to ban open burning year-round and statewide to meet goals for particle pollution. Banning the burning of trash, leaves and wood debris prevents the release of soot and other air pollutants associated with open burning.

Burning regulations are enforced by the Maryland Department of Natural Resources. Violations carry fines up to $1000 and/or one year in prison. The landowner can be charged with all of the costs associated with extinguishing the fire. Even small campfires can cause wildfires if they are not fully extinguished. Soak the coals with lots of water and make sure they are out cold! 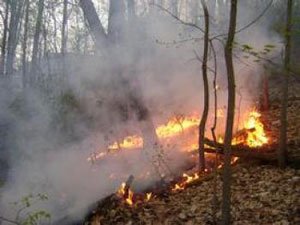 FVFAC on scene at YBES 1901 Fallston Rd for a fire alarm activation.
1300 hours....School staff advising a CO (carbon monoxide) alarm activation. The school has been evacuated while FVFAC personnel are investigating.

1330 hours....FVFAC and School Facility Staff determined that the CO alarm activation is due to a boiler malfunction.
No injuries or need for EMS at this time.

1345 hours.....FVFAC personnel are continuing to perform air monitoring throughout the school building with no detection of a hazard at this time. Students have been temporarily relocated to the Fallston Senior Center next door.

1400 hours......FVFAC personnel are clearing, turning the building over to HCPS and YBES staff. No hazards found at this time related to CO. ... See MoreSee Less

What is “CO” alarm activation???

Are the kids ok?

Thank you Fallston Volunteer Fire and Ambulance Co. for keeping our kids safe!

Thank you! No one seemed to know what was happening🙄

Our next winter weather event is forecast to begin Sunday afternoon and continue overnight.....

Winter Storm Watch is in effect.....
Starting as Snow in our area Sunday afternoon - the cold air is in place! Temps will be very cold today and tonight
Still some storm track uncertainty. Mix along I95 Corridor. Southern portion of county could see more rain as storm transitions; northern half of county will see a later transition to mix precip sometime between 1800 to 2100
After .....Snow will be a mixed bag of precip of freezing rain sleet, snow. Possible glazing of ice as there is an increased threat of ice
Winds will start to increase Sunday evening

Stop by our Carrs Mill Station and support the Harford County Local Super Plungers for Special Olympics!!! The last plunge is at 3 p.m. but the food and drink vendors, Rob Fahey, and raffles continue until 5 p.m.

As we get through the winter season...PLEASE remember to always be fire safe!

Remember: Electric and other space heaters need space! Keep them at least 3 feet away from anything that can burn....upholstered or wood furniture, magazines and papers, clothes, bedding, and most of all----YOU !.
And never plug a space heater into an extension cord or multi outlet strip. Only connect them to a wall outlet of a properly rated circuit. ... See MoreSee Less

FVFAC Engines 1311 and 1312 responded on the second alarm assignment to this dwelling fire in Jarrettsville. Please follow the OSFM social media for any updates. ... See MoreSee Less

Ugh this poor family. Thankfully no one was injured

sending lots of prayers to that family

If anyone knows of anyone taking up donations, please let me know