The Fallston Lions Club announced Lion Joseph J. Livingston, Jr. for the office of District Governor of Multi-District 22-A for the Lion year of 1994-95.

Lion Joe joined the Fallston Lions Club in 1977. Lion Joe has been Bulletin Editor, Lion Tamer, 100% Secretary, and has progressed through the chains to Club President in 1983-1984, 2001-2002. Lion Joe is active in his Club, with 11 plus years of perfect attendance and a Melvin Jones fellow.

Lion Joe has been a delegate at four plus International Conventions. Lion Joe has attended 14 plus Multiple District Conventions, and five plus US/CANADA Forums.

Outside of Lionism, Lion Joe is a Life Member of The Fallston Volunteer Fire & Ambulance Company, Inc. and has held the office of Secretary, Associate Director, Vice President, and President four times also served several years as Associate Director and Fire Police Sergeant. Served on Building Committee, Membership, Hall Rental and Fund Raiser Committees. Joe joined the fire company in January, 1975 and served until his death in Sept. 2004.

C & P Telephone Company employed him since 1969 and worked as Baltimore Metro Cable splicer until retirement in 1999 which is currently VERIZON. I am a native of Harford County and reside in community of Fallston with my wife, June and our sons, Mark (deceased in 1980) and Joe. Both of them are Melvin Jones fellows.

Lion Joe served three years in the U. S. Army and six and half years as an active Army National Guard employee.

In the spare time, Lion Joe is an Antique Car buff and belongs to the Antique Automobile Club of American and loved to travel in our Motor home. 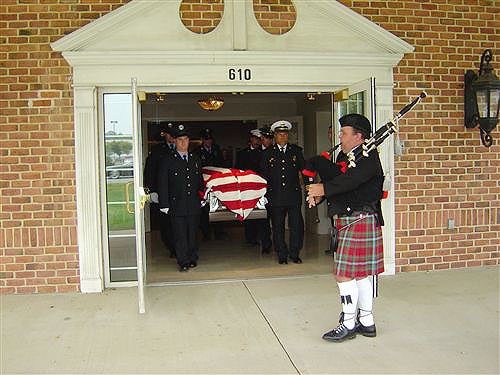 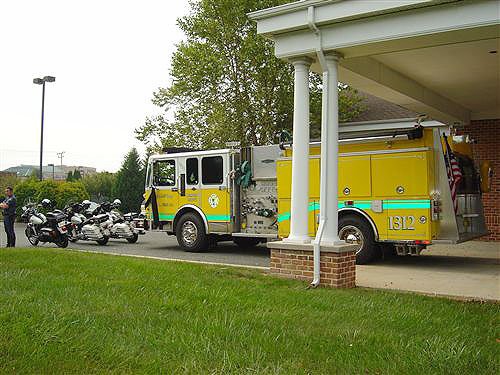 Monday night’s are for equipment maintenance and training. Our members are meeting their annual Bloodborne Pathogen and Anti-Harassment training this evening. ... See MoreSee Less

Office of the Maryland State Fire Marshal is seeking the public’s assistance in Saturday’s fire at the former Grove Plumbing on Baltimore Pike, Bel Air. If you were in the area and saw something please contact their arson line. You may have saw something you took as not significant but that information could lead to the break in their investigation.

Truck 13 and DCH 13 assisted Jarrettsville VFC on an early morning dwelling fire on Troyer Rd. No occupants were reported in the dwelling at the time and FD personnel arrived with a fully involved structure.

Does anyone live there