FVFAC members have responded to three dwelling fires over the past six hours, two of which escalated to additional alarms.

At 1517 hours (3:17 p.m.) the Harford County Department of Emergency Services 9-1-1 center received a call for a building fire in the 1900 block of Brookside Drive in Edgewood (Joppa Magnolia VFC – Company 8 district). First arriving Chief 8-2 reported fire visible from windows on the second and third floors of an end of the group townhouse.  As units from the JMVFC, APG Fire Department, and other area VOLUNTEER Fire Companies arrived the Incident Commander advised that the fire was extending from end of group townhouse which was fully involved  to the adjacent units. A working fire dispatch was alerted and a second alarm was requested bringing additional fire apparatus from Harford and Baltimore County to the scene. FVFAC Engine 1311, Engine 1312, and Chief officers responded to this incident.  The last FVFAC unit cleared the scene at 1800 hours (6 p.m.). 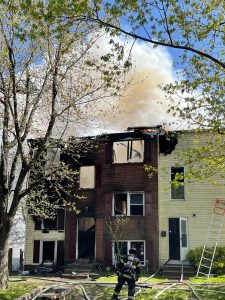 A short time later at 1630 hours (4:30 p.m.) Harford County DES once again dispatched area Volunteer Fire Companies to a report of a dwelling fire, this one in the 2200 block of Nodleigh Terrace in the Madonna area of the Jarrettsville VFC district (Co. 7). FVFAC Truck 13, Tanker 13 and Chief officers responded on this first alarm assignment. Chief 7 arrived and reported fire visible from the attic of the two story dwelling. Arriving fire crews began fire suppression efforts and additional units were dispatched for rural water operations and manpower. Engine 1312 had cleared the Brookside Drive fire scene and was dispatched along with Rescue 13 and Medic 13-1 on the second alarm assignment. During the course of battling this fire two FVFAC Volunteers were suffered minor injuries and were evaluated by EMS on the scene. Neither member required transport to a hospital from the scene. Rescue 13 was cleared from the incident by the Incident Commander and re-directed by Fire Dispatch to relocate to the Jarrettsville VFC station to cover their district until Company 7 units were available.  Units from Volunteer and career fire companies in Harford, Baltimore, and York Counties responded on this call. 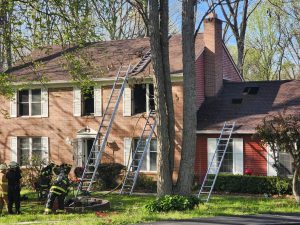 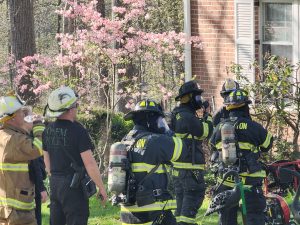 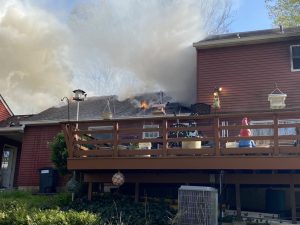 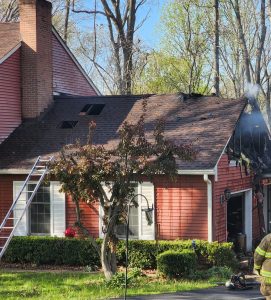 Later Friday evening, at 2144 hours (9:44 p.m.) the FVFAC again responded to a dwelling fire in the JMVFC district located in the 600 block of Shore Drive, Joppatowne. Engine 1311 , Truck 13 and Chief officers responded to assist JMVFC, APG Fire Department and other area Volunteer Fire Companies with an attic fire in a middle of the group townhouse. FVFAC Truck 13 operated on the scene and Engine 1311 relocated to the cover the JMVFC district until other units cleared. 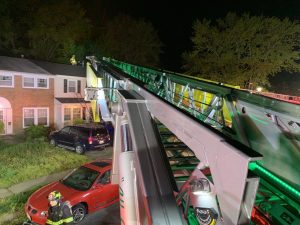 These three incidents are being investigated by the Office of the State Fire Marshal (OSFM), as is routine to accurately determine the cause and origin of the fires.  Information developed through these investigations is useful for insurance company claims, documenting the possibility of faulty equipment or practices that can lead to fires developing.

Santa and Mrs. Claus are loving their tour of Fallston and seeing all the kids on his list. Which we are sure are all on the nice list. ... See MoreSee Less

Thanks for all you do.

Thank you so much for coming by on this beautiful and (finally!) clear night! What a show with all the vehicles, so neat. Can we drop off unwrapped toys at the firehouse too?

Thank you from Gunpowder Farms Road! Anticipation sure was building… our kids were THRILLED to see Santa, the Mrs., and all the sirens!!

Fallston loves ya right back!

Santa is on the way. If you live on a court please meet us at the entrance of your court. ... See MoreSee Less

Santa is preparing for a great night of weather after conferencing with Mother Nature. He even pulled out the shades the sun was so bright.

We are collecting new, unwrapped toys for Toys for Tots. If you live on a court, please meet us at the entrance of your court. Please remember emergency calls take precedence ... See MoreSee Less

Ashwood rd missed Santa. Will you visit Ashwood or should we find him somewhere else?

This tradition makes me cry every year. Thank you for sharing your unbridled kindness with us and our kids.

Update: out of full abundance of safety for Santa and our community we will be postponing tonight’s visits. Mother Nature is not cooperating with her fog pattern this evening.

Santa is all dry and warmed up after his battle with Mother Nature last night. It looks like a beautiful night for a sleigh ride.

We got to see you (and wave) on Cabernet Court -- THANK YOU for braving rain and bringing a big Christmas smile to our faces! :-)

Update: the weather is looking a little frightful and Mrs. Claus is bringing Santa in for hot chocolate and cookies. If we didn’t get to you then we will see you tomorrow night.

Will you come all the way down claret drive like last year?! You can turn around in our driveway...we have more kids that moved into the neighborhood!

What time does this start! Need to rearrange schedule for tomorrow thanks.

santa and mrs claus you are amazing. goiing out in that bad weather last night